This aluminum dock and aluminum gangway system was sold to Scott in western Oregon. Scott purchased an 8×20’ Truss Dock from us at the start of the summer, complete with a boat certificate of origin to ease the process of obtaining dock permits. A month and a half later, Scott was so happy with his dock that he purchased a 32’ aluminum gangway kit to match.

Scott and his friends had a great time assembling the dock and gangway and brought out some heavy machinery to get it into the river. They sent over some videos of the process, including one where they literally shoved the dock off a cliff into the water! The system proved to be so rugged that it even survived a flood when hundreds of trees crashed into the dock. Amazingly, the only part that had to be replaced was the hinge connecting the dock to the gangway. The gangway twisted a bit when the logs bucked the dock, but it resumed its shape as soon as it was disconnected.

Scott was really impressed with the strength of the system and had a fantastic time putting the project together. 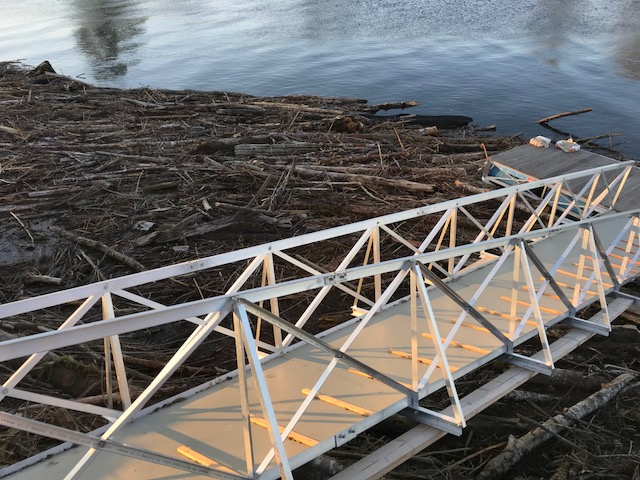 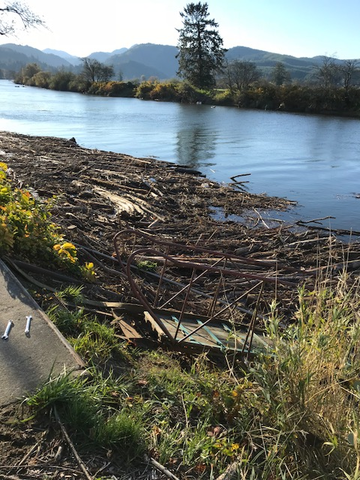 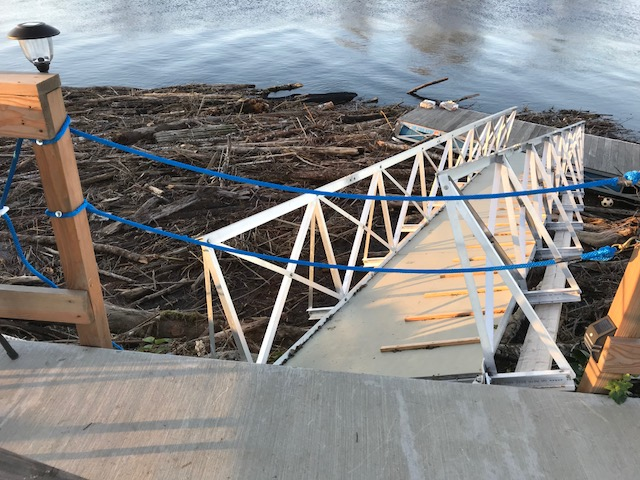 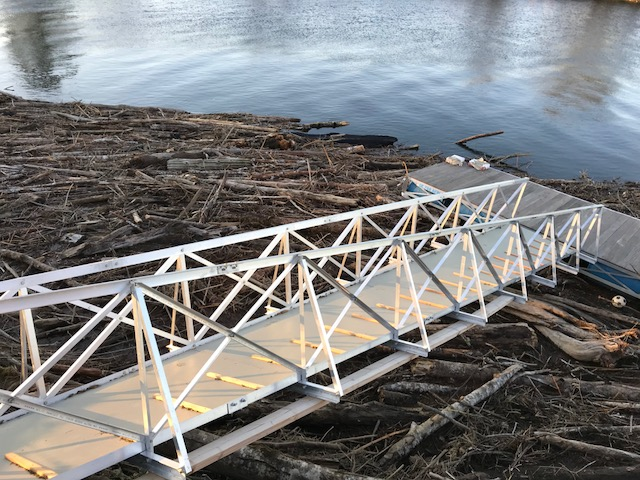 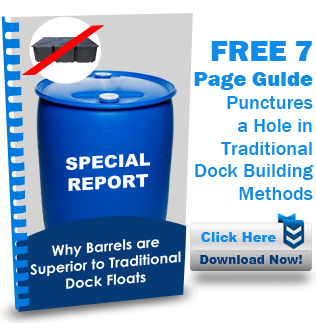